In just one short week our friends in Thirsty Curs

TONIGHT! For Your Health, ASkySoBlack, and Green A

The rules for tomorrow night’s tipsy spelling be

To Begin Anew, Celaris, Death of a Tyrant 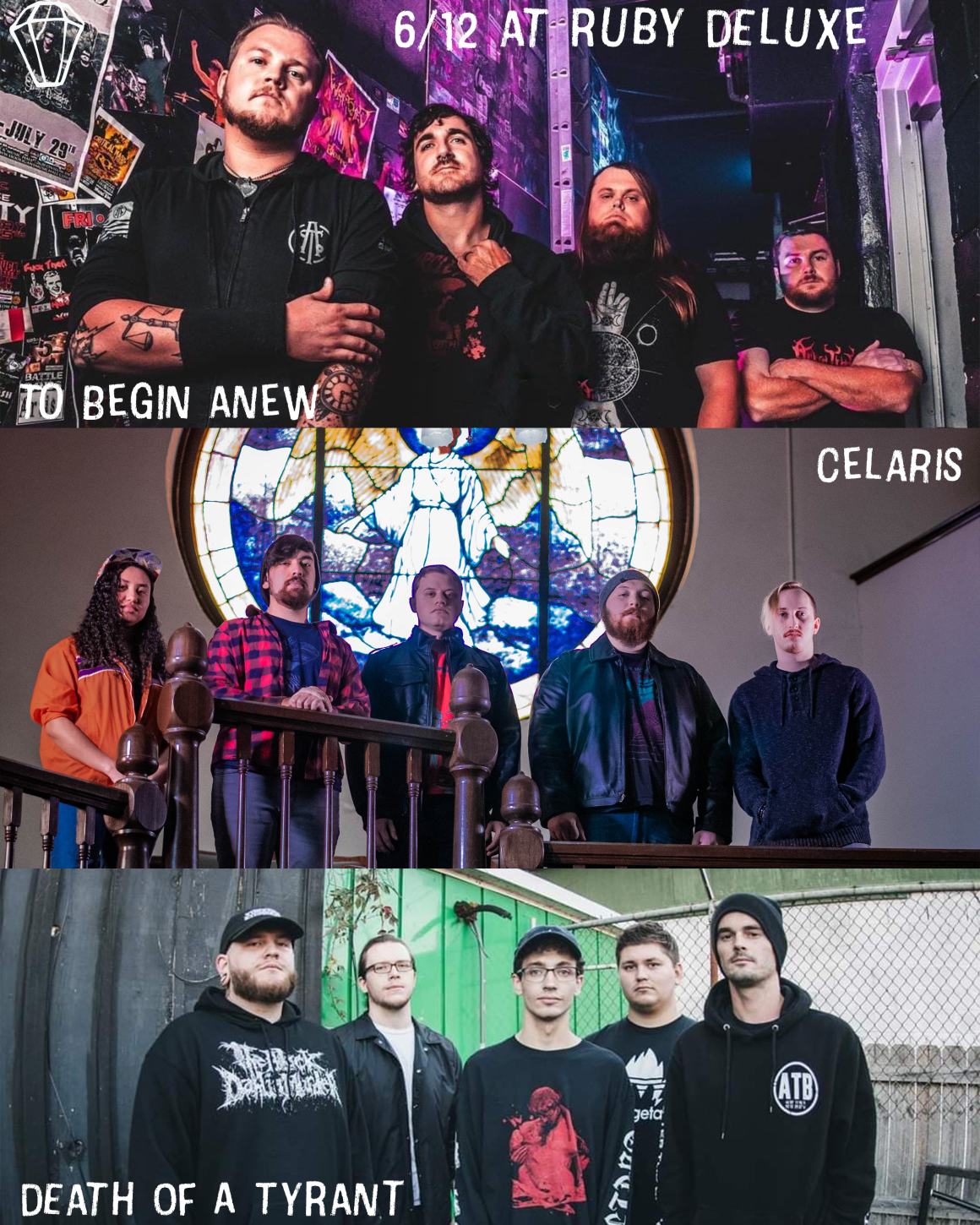 Hailing from Raleigh, NC, Celaris was forged from the meeting of great musical minds Rachel Pappalardo (guitar) and Joshua Rush (drums) in the Spring of 2018. Over the coming months, the duo picked up fellow locals Dan Mungal (bass), Chris Hesla (vocals), and Jon Pearson (guitar), completing their lineup. Influenced by groups like Veil of Maya, Periphery, ERRA, The Contortionist, and Tesseract, Celaris set out to make a mark on the same scene that made a mark on them. Their debut EP, “In Hiding” (produced by the legendary Jamie King), is the first of many such marks the band hopes to conceive and share with the world.

To Begin Anew was born in January of 2020 when brothers Cody Boyette and Casey Wagner began writing music together which was second nature because of the brothers’ long history of being involved in music together. Cody and Casey began seeking out musicians of similar backgrounds and interests to join the inspiring band members. Cody and Casey ultimately recruited Shane Noren to on bass and Chris Vance on lead guitar. To Begin Anew quickly created a unique and dynamic sound for their area and began writing songs that were melodic and powerful. The content included in the lyrics of the songs would have people singing along once the hook was delivered.   To Begin Anew began planning on recording their debut single “Arise” in May of 2020 with Blackplate Productions in Dunn, NC. In interviews, the members agreed that “Arise” represents your current self is never the best version. One must let go of ideas and items that are holding you back in order to fully elevate yourself. “Arise” was released on July 4, 2020 on platforms such as Spotify, Apply Music, and Google Play. To Begin Anew released their official video for “Arise” which was directed, filmed, and produced by JFP Studios from Durham, NC. The video was released in August of 2020.   As always, To Begin Anew wants to thank EACH AND EVERYONE of their fans for the continuing love and support.