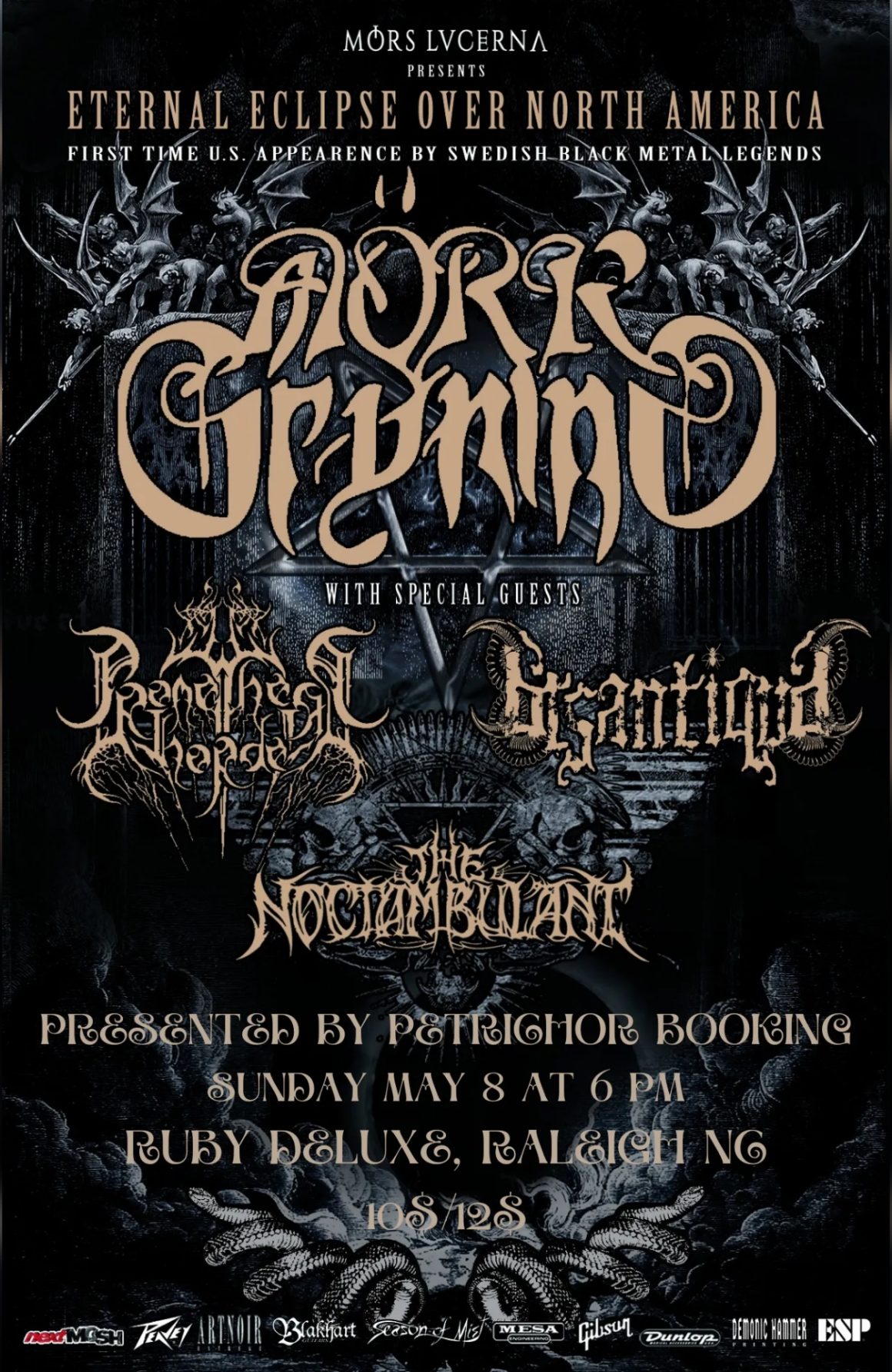 Founded in Stockholm, Sweden in 1993 by Goth Gorgon and Draakh Kimera, the name is Swedish for “Dark Dawn.” Ever since the debut album, “Tusen år har gått…”, MÖRK GRYNING have refused to follow in the footsteps of others and have walked their own paths. With lyrics in Swedish and English they manage to create a beautiful classic from the early days of Scandinavian Black Metal. High-density, raging, cold black metal with a brilliant earworm quality. Underlined by decent keyboards that never stand too much in the foreground, but fit organically into the overall sound.

Arsantiqva is a Brooklyn-based black metal band that took their name from a conjunction of Latin words meaning “ancient art”, referring to European music from the late Middle Ages, perhaps in part because their key members are transplants from France and Russia. But there is nothing antiquated or time-worn about their music, the whirring of circle-saw guitars accompanied by pummeling percussion signify thrashing black metal savagery, the music soon jumps to a highly infectious jolt of black ‘n’ roll. The band’s exuberant taste for switching gears doesn’t end there, as they move from rocking out to a union of jabbing riffs, pulsating bass, and the flickering of symphonic keys, only to then slow the pace with a stomping beat and a dismal, slithery lead guitar.

The Noctambulant
Growing up in Florida and being steeped in the traditions of Blues, Rockabilly, Goth rock and American Country, the band found their niche in the Southern Gothic motif that they were raised around, while keeping their signature Black Metal sound. Reflective of the environment, their snow covered peaks are pine forests and their dark wintry woods are the hot, oppressive swamps that they grew up in and around.

Promethean Hoarde has a healthy melodic streak to their sound with many leads and solos rearing their heads amidst the Blackened landscape.These are Blackened melodies in use here not the joyous, pseudo-Pop of their more commercial cousins. This is hateful, spiteful and lives to cut lives short.