No One Mind, John Saturley(Zack Mexico) 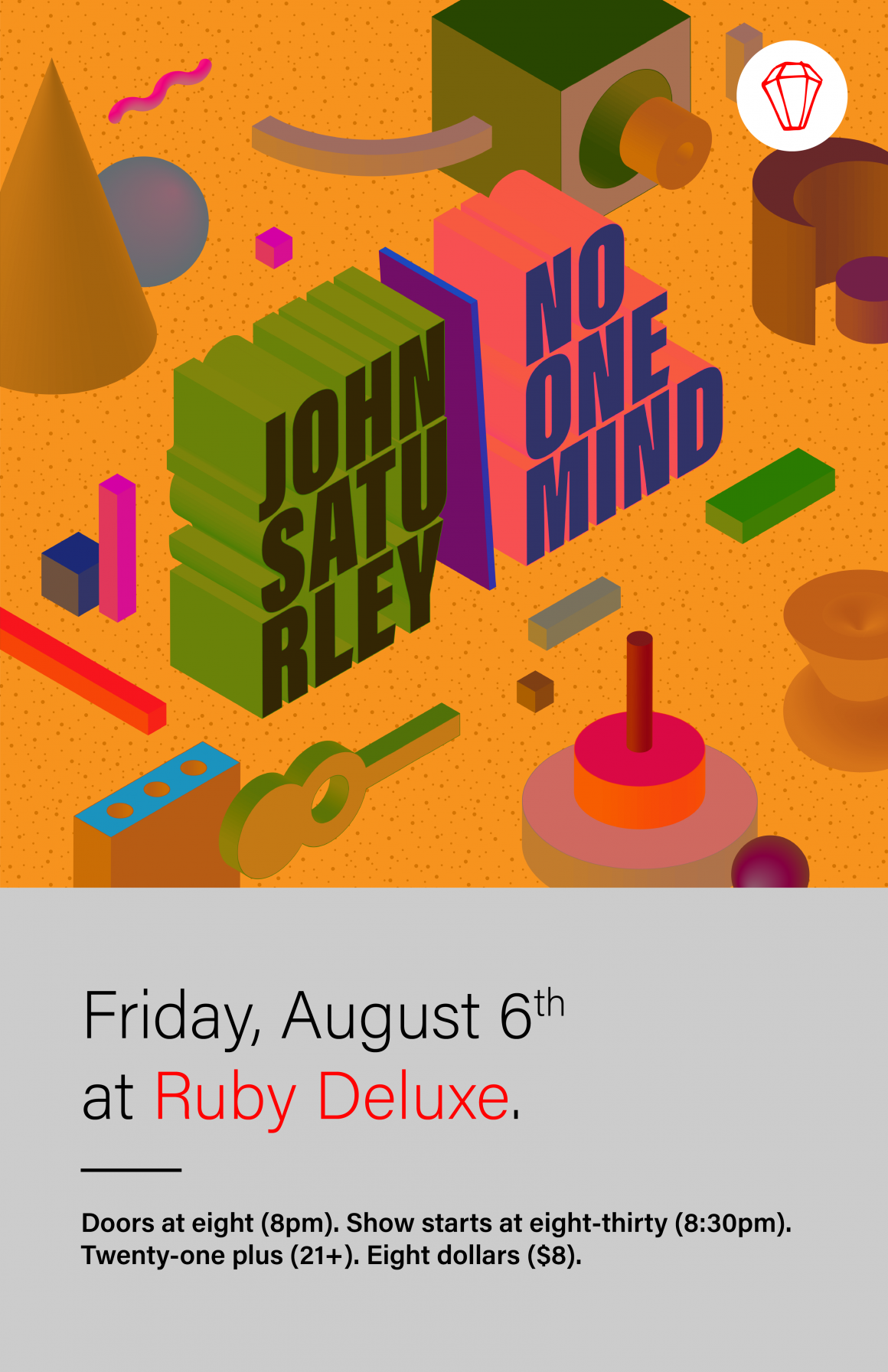 John Saturley of Zack Mexico drives through the troposphere on a solo excursion into the infinite space of downtempo, house and electronic exploration of the psychedelic total

After the acrimonious dissolution of their previous musical partnership, Ellis Anderson, Noah Dehmer and Missy Thangs (The Love Language, Birds Of Avalon) set out to make a record that could give voice to their feelings of betrayal. The album they created, No One Mind, addresses both the accuser and the accused, perspectives sometimes shifting within a single phrase. The project, once defined by the record, took the name as well. Drawing inspiration from cult heroes like Lynch, Bowie and Eno, No One Mind veers between resolution and vengeance, weaving in and out of pop and neofolk forms, alien chordal structures and odd textures. No One Mind received acclaim from Bandcamp Daily, “… rarely has there been a record as focused and barbed in its execution.” IndyWeek listed No One Mind’s debut as one of the best local albums of 2016.