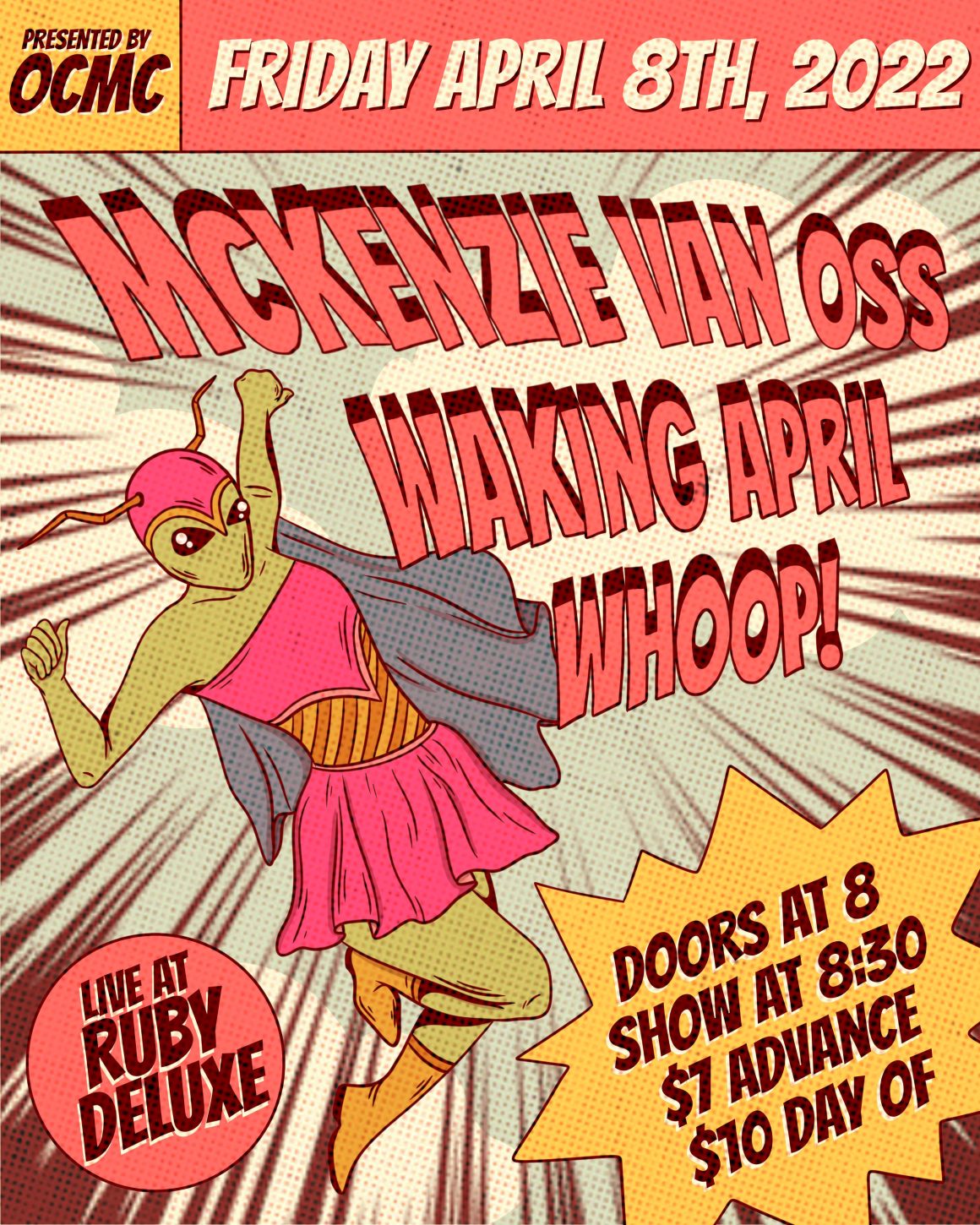 McKenzie Van Oss
“Having started her musical career during the pandemic, Van Oss is steadily moving from strength to strength. Not only has she released some fantastic music, but she has also been promoted to soloist with the Carolina Ballet. Blending her love of music with her dance rhythm, she creates heartfelt and authentic songs.”
-Claudia “The Other Side”

Whoop
“A mélange of backgrounds and influences spanning indie, jazz, rock, reggae, and hip-hop, Whoop thrives by letting raw musical instinct be band leader. Nothing is over-played or over-produced; nothing is superfluous or gratuitous in their innately authentic, ego-free explorations of groove, melody – and of the everyday human condition.”

Waking April
“Waking April is a Raleigh based electro-pop duo, formed by married couple Bethany and Alex McKee. They began writing music together in college, playing shows wherever they could find the opportunity. Waking April has crafted its sound taking their indie roots and blending them with synthpop and electric influences.”