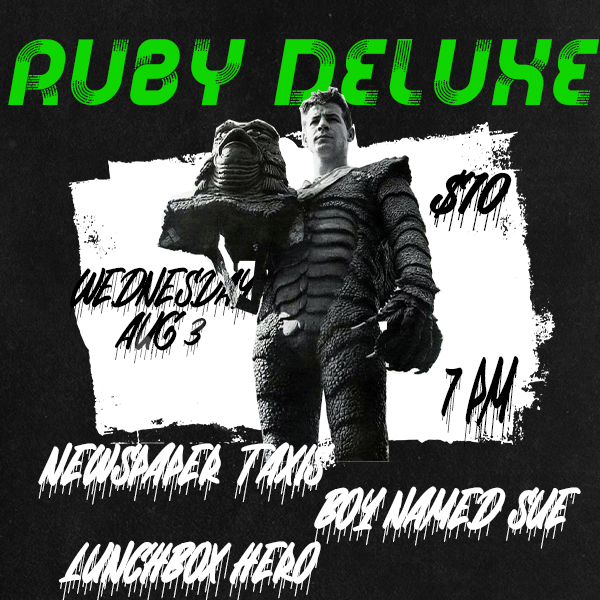 Newspaper Taxis are a three-piece indie/alternative band from Raleigh. After meeting at an open mic at Ruckus Pizza in Raleigh in 2020, the three formed the band and began recording their first release, “Rolling in Roses”. The Taxis, who are heavily influenced by classic rock bands such as The Beatles and The Rolling Stones, create short and punchy pop songs with catchy melodies and lyrical hooks. The band’s line-up features Ben Armstrong (vocals/guitar), Stephen Catalano (bass), and Mattios Kubbs (Drums).

Boy Named Sue is a three-piece alternative rock band from Raleigh. Dusting off the footprints left by NC legends like Archers of Loaf & Superchunk, BNS looks to provide energy that is raw and direct. Their name is derived from the ’62 Shel Silverstein gem about inherent challenges that cut away, but sharpen you. Boy Named Sue’s second LP will be released Fall of ’22 on all platforms.

Lunchbox Hero brings together pop-punk, post-hardcore, and some sweet Midwest emo tinge, fusing these elements into sounds that teem with energy and frustrations that resonate with anyone who has hurt or feels angered over betrayal and loss.