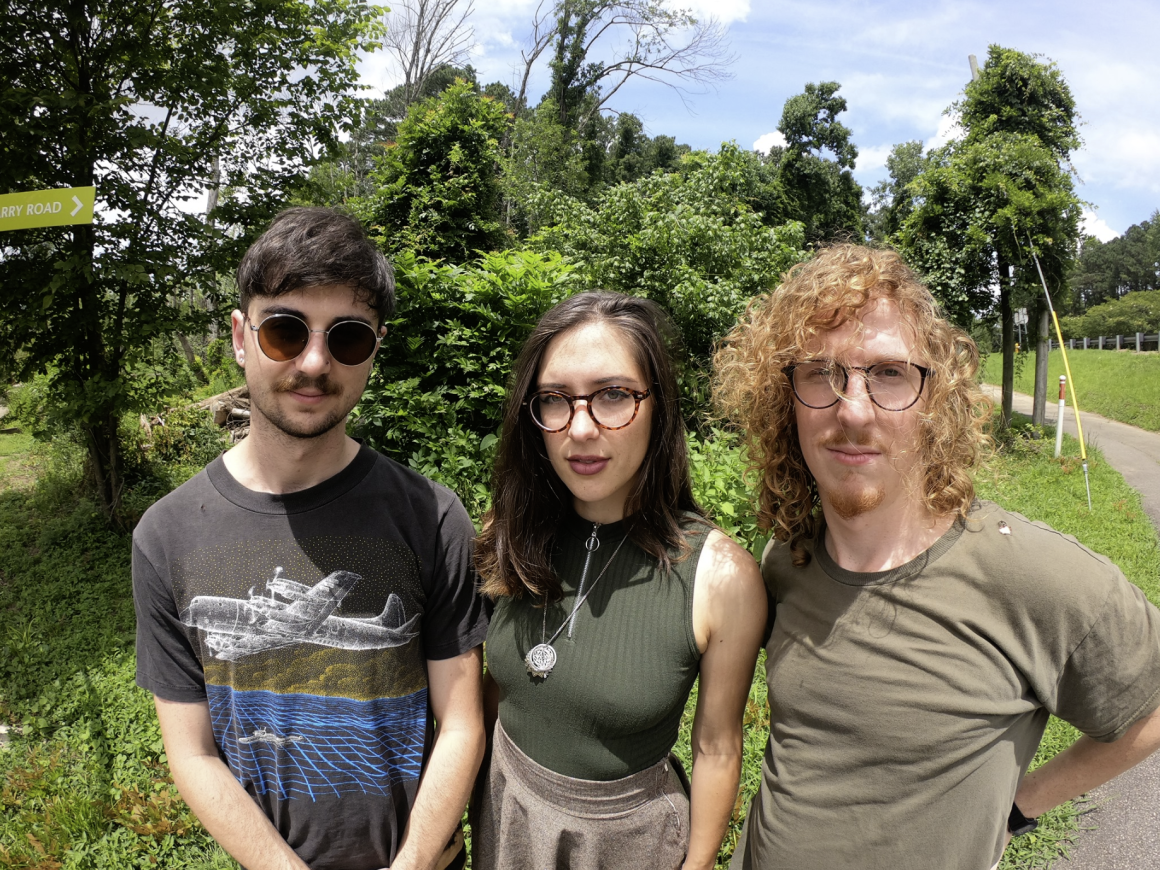 PONS is a three-headed musical collective featuring the brains of sam cameron, jack parker, and sebastien carnot. with an extremely minimal approach to live music, consisting of one guitar and a lot of percussion, witnessing pons is a primitive, primordial, and throttling sonic experience that harkens back to the dawn of man. ancient vocal harmonies float atop angular rhythms and noisy experimentation that
pay homage to the great post-punk and no wave artists of the late 70’s and early 80’s. all presented with the grandeur and in-your-face aesthetics of glam rock, pons is a force of nature not to be missed.

TETCHY is a Brooklyn-based four piece that gets heavy and punky, and will make you feel really really good about being really really upset. Born out of a dirty basement turned DIY studio, the band puts sludgy, distorted bass and guitar side by side with shrieking and whispering vocals. Their debut EP, Hounds, featuring songs about fascists who gotta go, mental health pickles, and quitting your emotional labor, was released in February 2020 and has been celebrated by the Brooklyn indie scene ever since. Their jam-packed shows, with performances that oscillate between raw expression and empowered community-building, work with ease and frenzy to capture some new kind of freedom that can only be found during a Tetchy set.

OBERLIN – In 2021, Causey Brady, Lee Roberts, and Spencer Beck, former members of veteran
Raleigh rock group Blue Frequency, started the band Oberlin. Due to the ongoing
pandemic, Oberlin has only had a few chances to play live, but during their stint in Blue
Frequency they were able to share the stage with acts like Black Haüs, Self-Help, and were
even set to open for Dr. Dog at Boonebox Music Festival before the event was canceled in
light of the pandemic. Oberlin combines influence from bands like Daughters, Radiohead,
and The Dillinger Escape Plan to create hard-hitting and complex songs with gripping
hooks, while also pulling from the likes of Jason Isbell, Neil Young, and Phoebe Bridgers to
write somber acoustic folk.