In just one short week our friends in Thirsty Curs

TONIGHT! For Your Health, ASkySoBlack, and Green A

The rules for tomorrow night’s tipsy spelling be 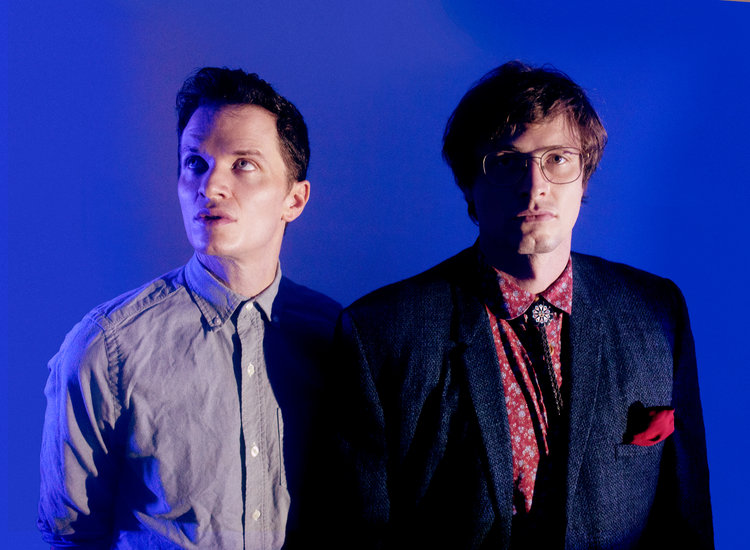 ***PROOF OF VACCINATION REQUIRED at Ruby Deluxe***
Ed Schrader’s Music Beat / Jenny Besetzt / HNDCLW
presented by I Hate the Weekend
21+
$15 advance tickets
$19 day of show
Ed Schrader’s Music Beat is a Baltimore-based post-punk band consisting of Ed Schrader and Devlin Rice. Ed and Devlin first met nearly a decade ago while performing in separate acts on the legendary 2008 Baltimore Round Robin tour (curated by Dan Deacon and also including Beach House and Future Islands); Ed fondly recalls dropping Devlin’s jaw with his maniacal Jack Nicholson impression.
Since forming in 2010, the duo has mounted 19 tours of the U.S., frequently opening for Future Islands, and sharing stages with such acts as No Age, Lightning Bolt, Matmos, and Ceremony. The Music Beat originally worked in a maximalist drums, bass, and vocals mode, releasing the noise-rock full-lengths Jazz Mind (Load Records, 2012), and Party Jail (Infinity Cat Recordings, 2014). Their song “Sermon” is used in the Adult Swim short Unedited Footage of a Bear, and “Rats” appears in Theo Anthony’s feature documentary Rat Film.
For their game-changing new record Riddles, Ed Schrader’s Music Beat has teamed with producer and co-writer Dan Deacon to broaden their sonic palette and explore the possibilities of the art-rock and alt-rock genres.
https://www.edschradersmusicbeat.com
Jenny Besetzt does not shy away from a cathartic release. Just listen to the title tracks from their two full-length records—Only and Tender Madness—and it’s clear that the lean economy of their post-punk underpinnings is bursting with a poignant vulnerability. Maybe it’s the history of Romanticism encoded in vocalist John Wollaber’s DNA—he was born in Germany to an opera singer—that explains the band’s affinity to soften the sharper edges of their sound with cavernous vocals and dreamy synth arrangements.
Live the band has honed their ability to shatter an audience with a devastating turn of phrase or instrumental climax, creating space for vocalist John Wollaber’s thundering voice to resonate. The rhythm section of bassist Nathan Price and drummer Thomas McNeely pushes and pulls with serpentine momentum through the delicate currents of synthesizers. And their ability to convey the frustrations of trying to understand ourselves and the world around us has never hit harder. As the world continues to search for answers to the confusing and uncertain times in which we live, Jenny Besetzt takes us on a much-needed trip inwards—a path they walk with both vigor and grace.
https://jennybesetzt.bandcamp.com
HNDCLW call themselves the “Worlds biggest bummer,” but don’t believe it for a second. The NC Outer Banks bred outfit smashes noisy guitars & heavy rythms to make urgent sounding and utterly enjoyable hook laden garage rock.
https://hndclw.bandcamp.com