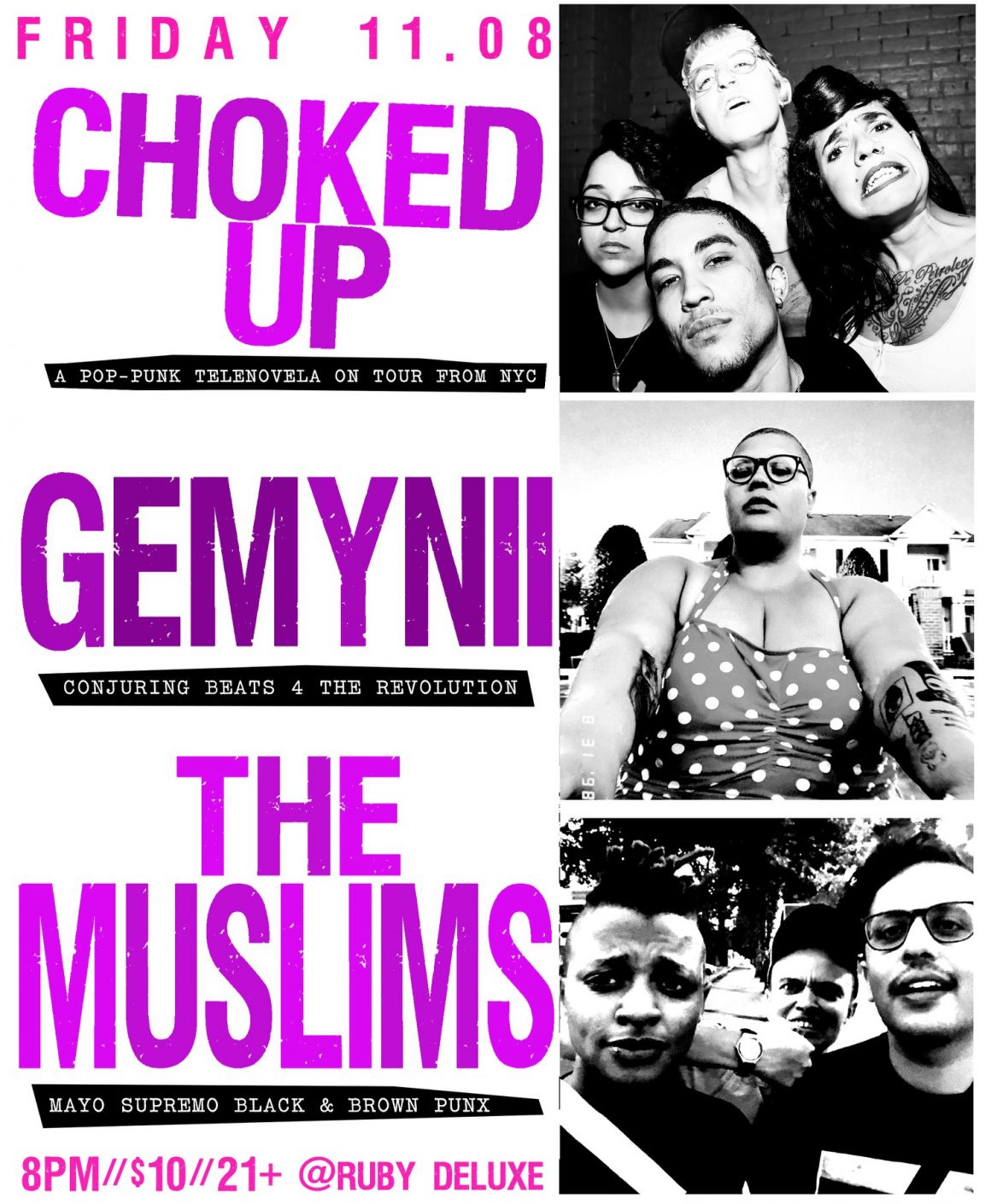 PINHOOK PRESENTS: An Evening at The Ruby Deluxe::::

CHOKED UP IS ON TOUR in support of their new Album DICHOSO CORAZON …. so we are raging with our alltime favorites Gemynii + The Muslims!!!!

Choked Up (On Tour from NYC)
Choked Up are a melodic punk telenovela about reclaiming your brain and crushing in the dystopia. Their intention to be real about love, healing, and everything that is wrong with the world, is as loud as their hearts, farts, and belting choruses. Choked Up is fronted by veteran punk artist, writer, and former Homewreckers’ frontwoman, Cristy C. Road, and features Rachel Alicea Gibbons on Lead Guitar, Wes Ruiz on drums, and Rose Kaplan Bomberg on Bass. With influences ranging from Green Day to The Go-Go’s; Crimpshrine to The Used; and Broadway musicals to Metallica; and songs in English Y Español, they’ve cultivated a vein of music that honors the deepest parts of their souls while shitting on the latest trend.
chokedup.bandcamp.com

Gemynii
Artist by trade and DJ by craft, Gem produces experiences that seduce the audience and lures them into her meticulously cultivated audiovisual realm. Though she asserts herself as a sound selector or vibe curator, Gemynii an open format DJ with an extensive collection of music that represents the best of House, Clubbeats, Afrobeat Hip Hop, and old school sounds. Since the summer of 2016, Gemynii has been a frequent DJ at Pinhook where she the created Conjure – The Celebration of Black & Brown Femmes.
http://gemynii.com