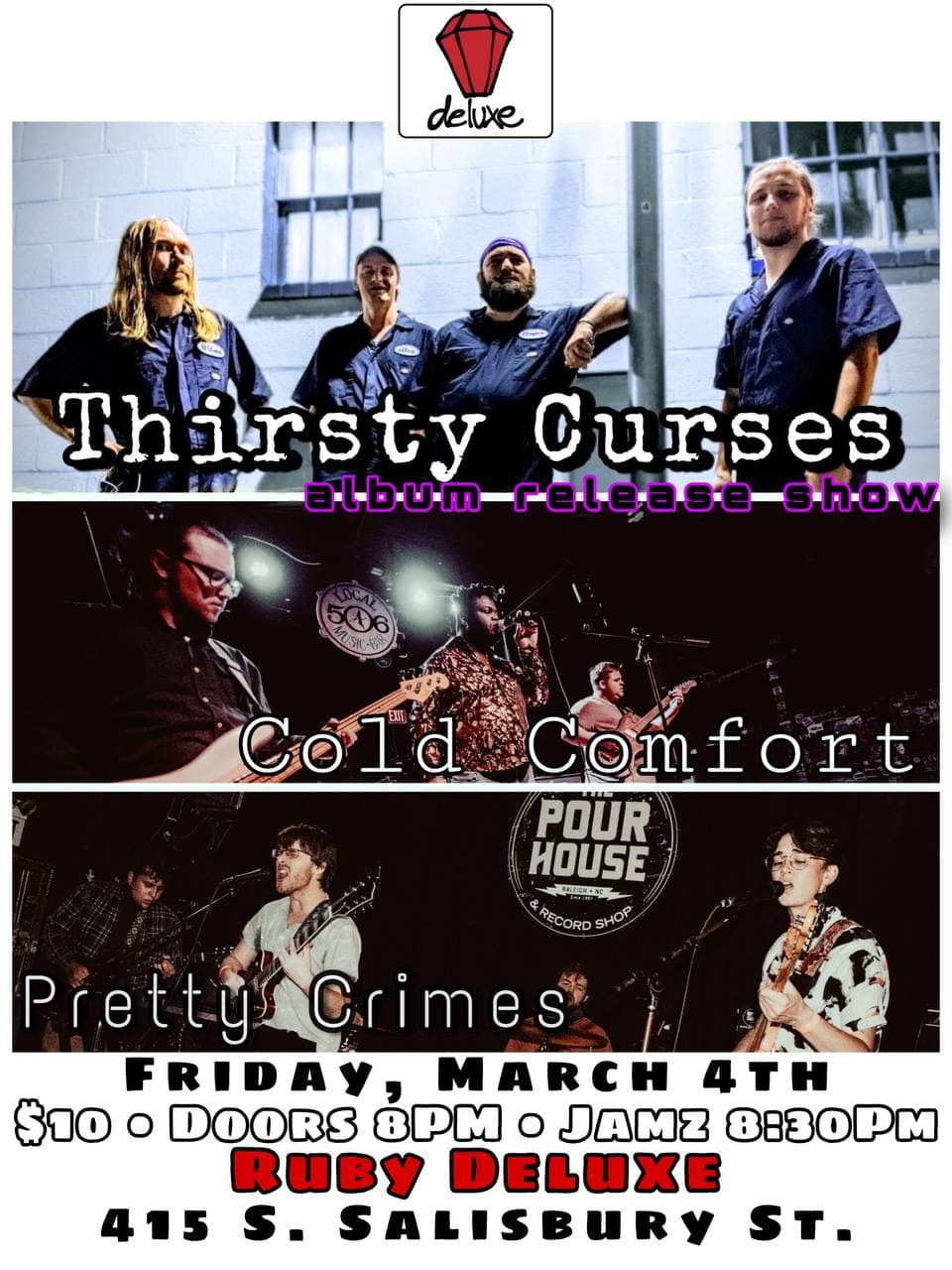 MASK AND PROOF OF VAXXX REQUIRED
As YES! Weekly wrote, “THIRSTY CURSES make rock’n’roll, with a boisterous beer-swilling edge to it. Many of these songs are about living it up while things fall apart at the seams, or at least trying to find some glory in chaos and meaninglessness.” Thirsty Curses has a unique and distinct sound that blends across numerous rock subgenres. As Music Mecca noted in its write-up on Thirsty Curses’ newest single, “Nothing Really Matters”, “This head-banging anthem with two juxtaposed sonic halves explores the vastness of the Southern sound, while expanding on countless genres. Thirsty Curses continues to deliver impactful projects one after another, coming closer to cementing themselves as one of the more unique rock bands in Raleigh and beyond.”
COLD COMFORT is an alternative rock band from Raleigh, North Carolina. Over their eight year history, they have built upon their signature sound and constantly pushed the boundaries of the rock genre. When listening to Cold Comfort, you will hear influences from all corners of the music world, taking lessons in blues, grunge, hip hop, and hardcore. Their driving grooves, scintillating guitar solos, raucous stage presence, and thought-provoking lyricism will leave a mark as you drive back from the venue.

PRETTY CRIMES – You could call them genre-fluid. Pretty Crimes formed in 2018 when singer-songwriters Dan Irving and Em Edgerton met as radio DJs at UNC-Chapel Hill. They’ve had a rotating cast of members who have all contributed to the evolving sound of the band, which ranges from upbeat pop, to indie-folk, to alternative rock. Their current line up is Em Edgerton (vocals/bass/guitar), Dan Irving (vocals/keys/guitar), Mike Freeman (drums), and Alan Marines (guitar).